What even is Bitcoin? 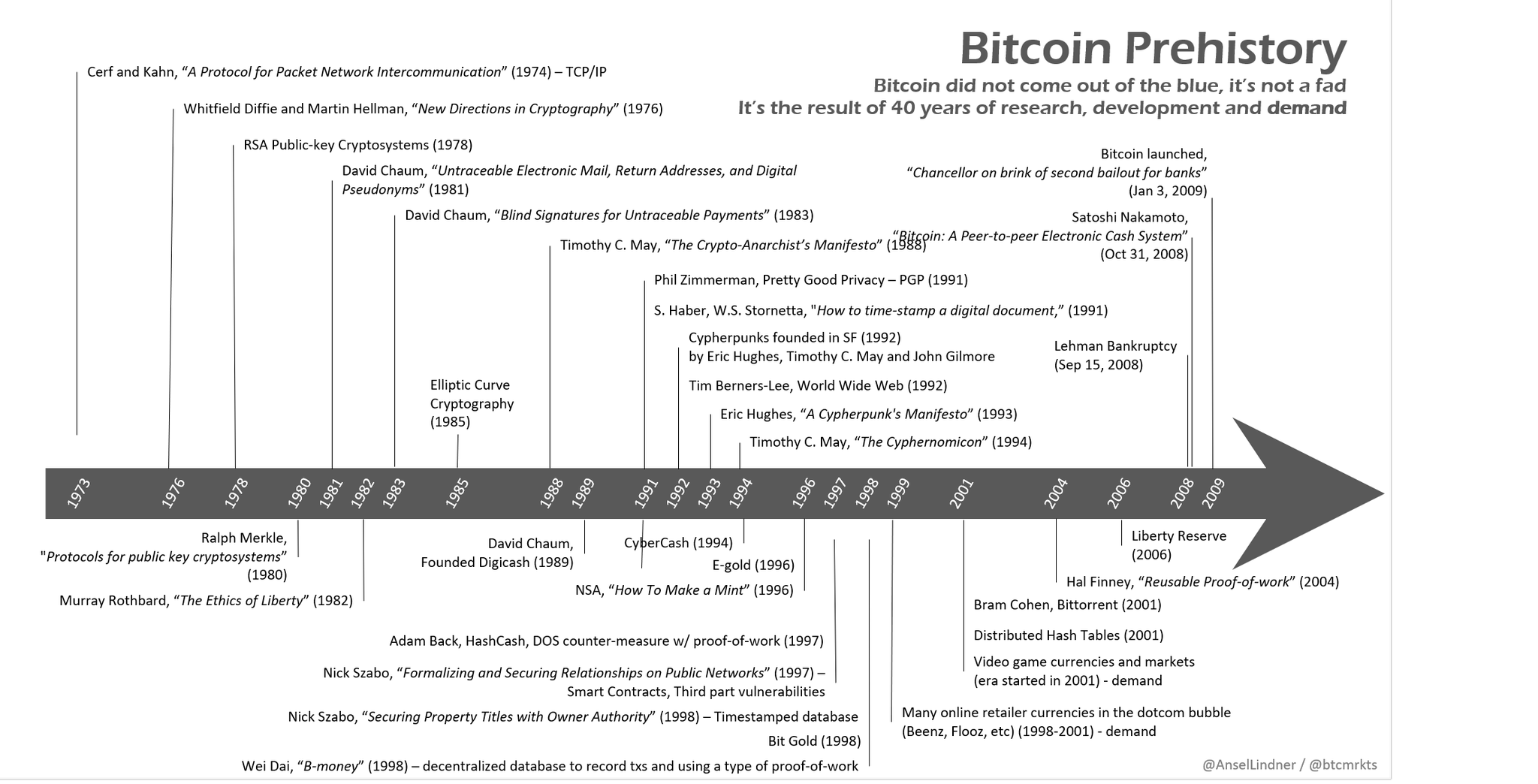 Many people still ask: What even is Bitcoin? How can something that does not actually exist be worth something? Bitcoin is basically a payment system, that can exist next to traditional assets like fiat currencies and is oftentimes used as a protection against inflation . It was founded, as an answer to a fraudulent or malfunctioning banking system. But when you grow up in a functioning economic system, you usually don't consider fundamentally changing the monetary system. Not everybody mistrusts the banking system. Critics of central banks rarely acknowledge the immense fortunes and opportunities the invention of fiat money has brought us. However, the drawbacks of central banks and fiat, made us come up with a system that "cuts out the middleman", which is making things easier and cheaper for everybody. Many people don't yet grasp the idea, that something that does not physically exist has value, or can accrue value. It's nothing new though, as fiat money is mostly digital as well.

"How can something like Bitcoin, that doesn't even exist, replace banks?"

Simply put, when you open up a bank account, the banker starts writing down your balance and transactions in a (central) ledger. Bitcoin does the same, the blockchain being the ledger. With a bank, you trust that these people will treat your highly sensitive data with confidentiality. With Bitcoin, you don't have to trust anyone, because the network itself does not have any KYC measures. You can just generate an address and get going right away. You also don't have to pay anything to hold Bitcoin, whereas the bank might charge you fees if you have too much money in the bank, like in areas with negative interest rates. There are services that only banks can provide, but the spectrum will continue to shrink as better AI emerges. That doesn't mean that banks and fiat money will disappear anytime soon. Bitcoin can't fill all the gaps, but it has already helped people where traditional institutions failed.

In most countries it is. I recommend this list to check up on the current legal status in each country. There are many different definitions to Bitcoin, but one thing is clear: the majority of people accept it and governments are shifting more and more affirmatory stance. If you plan to build a business around it, some countries have have regulations in place that you need to abide by. As time passes, it will become more clear as to how Bitcoin is legally defined.

The network as a whole cannot be taken down as it consists of numerous nodes spread out all over the world. To take down the entire network for good, you would have to permanently destroy all operating nodes, and also all the new nodes that will spring to life once the old ones disappear. In an extreme case where that would happen, the network would agree on a difficulty adjustment, which would decrease the computing power and enable inferior computers to keep the system alive. It's hard, if not impossible to kill a network that way, because it constantly adapts. If you don't want to take down the entire network, but manipulate it instead, you have to generate more computing power, called "hash power", than the "good guys" (51% attack). It's not impossible, but it costs a lot of money, while being highly risky.

"Can't someone just take it away?"

Since Bitcoin is decentralized, even if some governments prohibited it, the network would just move somewhere where it's accepted. The fact that it's not tangible, enables you personally to access your money without carrying it with you. 1 BTC, 0,1 BTC, 0.00000001 BTC and any other combination can be expressed in the form of a code. With this code, you can access your wealth from anywhere in the world with just a computer and internet access. You can store this code in many different ways. Some methods are susceptible to hacks, some to theft, some to plain loss. But that's true for any asset. There is no absolute safety, the best thing you can do is not storing all your wealth in one place, in one form or in one method.

The information in this Blog is for educational purposes only and is not investment advice. I am not a financial advisor. Please do your own research before making any investment decisions. Online and cryptocurrency investments are a volatile and high risk in nature. Don't invest more than what you can afford to lose. DigiPiglets.com is a project aimed to encourage people to start saving money, learn about the crypto sphere and get to know how Bitcoin works, without risking a lot of money.